Delivering angular development services, we have heard this question more than once. Internet application development has lately changed. With a powerful JavaScript framework, any programming languages and systems may now be combined.

Most Single Page Apps (SPAs) utilize these two libraries to download and update HTML pages from the server. After user activities (such clicks), a page refresh reloads material from the server. Modern frameworks, however, provide dynamic reloading.

So little apps don’t get a hefty framework.

Another advantage of utilizing a framework is that it is well-tested and has a community behind it.

The drawbacks include complexity and learning.

Frameworks help to build clean code bounded by patterns (like MVC) and so avoid frequent causes of mistake. They use design patterns to achieve code maintainability.

Using a framework is highly recommended for SPA developers due to the greater requirements. Also, most frameworks are free and enable encapsulating secure HTML fragments as reusable components for reuse in other applications. The server only sends the data that is required, reducing traffic usage. High development effort is one downside.

Both provide the groundwork for web design. ‘ A consistent API may be used to build an application’s components. Parts may be reused, put together, and tested.

In both cases, a complex JavaScript architecture is supported by both platforms. Windows, Macintosh, and Linux may all be developed on this platform. As a consequence of this design, bigger applications and greater usage of system resources are possible. Free and MIT licensed use is available. The framework community is also quite big.

Angular is a JavaScript framework developed by Google. It’s not just a collection of web-reading applications; it’s a whole system.

Code written in Typescript is as secure as code written in C# or Java. TypeScript is a superset/extension of JavaScript developed by Microsoft. GitHub has the source code. Types are essential to Typescript. Pre-typing variables, arguments, and outputs is normal practice around here.

Display and interactivity may be accomplished via the use of this UI framework. A Node.js framework may be used to pre-render a single-page web application.

React, on the other hand, is a library built on top of both of these frameworks. The former incorporates the MVC model, controller, and view, while the latter concentrates on the user interface.

There are three key components to the framework: One-Way data flow (OWDF), the VirtualDOM (VM), and JSON-X (JSON-X) (Javascript-XML). By altering the virtual DOM, it affects the underlying DOM in a meaningful way.

Because TypeScript is used in Angular, write your code in it. That’s the first thing to know. Using the framework without training isn’t an option.

JavaScript developers should be conversant with JSX. It takes less time to learn.

It’s a lightweight framework for building web apps. Since it has a sturdier structure, it’s more stiff and more rigid.

Developing a web application just using React is not recommended. This makes it easier to integrate applications.

For front-end-heavy projects, React is the best choice. The development team is required to participate since there is no set format.

Angular is well-structured and feature-rich. Angular developers save time by not having to build forms or learn about other frameworks.

So, what exactly is the point of this?

A lot of front-end projects benefit from React, as do those with a lot of interaction or those requiring integration with other applications.

Angular is a good choice for new projects that need a lot of customization. It is more probable that individuals who already know TypeScript will embrace it, rather than those who must learn it for the first time,

Follow this link, https://devoxsoftware.com/technology/node-js-development-services/ and learn something interesting about Node development. 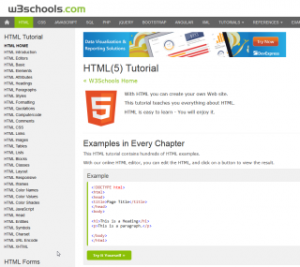 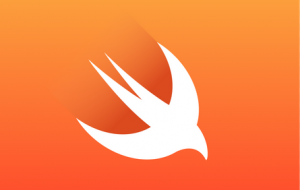