Most applications that use persistent memory will need to be redesigned, but some exceptions are starting to emerge. Learn about possible shortcuts.

Persistent memory products are coming soon, and it’s becoming clearer how they might integrate into your servers and storage.

The technology, also known as storage-class memory, combines the non-volatileness of solid-state drives with the speed of RAM. It could mean that new systems are designed without any distinction between storage and memory, since one type of component does both jobs.

In many cases, if not most, you’ll find that applications and operating systems must be rewritten to work with persistent memory. But now there is a notable exception, as startup MemVerge announced that it’s working on a way to virtualize persistent memory (based on Intel Optane chips) with conventional RAM and then present that abstraction to your local Linux installation.

MemVerge is targeting a June 2019 beta release and commercial availability in early 2020, CEO and co-founder Charles Fan said. The company doesn’t support Windows or any cloud operating systems at this time.

“While we believe over the next 10 years this new programming model will gain more and more developers to do it, I think the process will be slow and gradual. But in the meantime we need a bridge,” Fan observed. He said the best application today is for databases, and added that all of the major database companies are looking into the technology. There could be all-new database companies that develop for persistent memory more quickly than the name-brand players, he noted.

“It is not a panacea in IT today, although it does look so on paper,” Fan acknowledged. “The price, like any new hardware, might start a little high… in a way similar to enterprise flash drives,” which initially were expensive but now are reasonably equal to conventional hard drives.

Enterprise Strategy Group analyst Mike Leone, who was briefed by MemVerge, has a positive outlook on the technology and offered tips on how IT departments can plan for its arrival. Currently, application vendors only have speed-boosting tricks after your data is moved from storage into memory, but what if that bottleneck were eliminated because the storage itself is memory? SAP is one company that’s already rewriting its database product to exploit this, Leone said.

“The first question, and I would say arguably the greatest, is do you need the performance? Does persistent memory matter to you? Is that what is holding your applications and/or organization back? I’ve talked to many folks who currently leverage [hyper-converged infrastructure] technology and the performance they currently get meets their expectations and they have room to grow,” Leone said. “Now where the opportunity is, is around next-generation applications. If you look today for organizations that are currently satisfying next-generation workloads like training or inference of artificial intelligence workloads on HCI, they are few and far between, but with the emphasis around edge computing and the need for real-time intelligence, the market will be here before you know it.”

“My recommendation is to understand your application vendor’s road maps and how the availability of Optane can impact the way you use that specific application. If you’re currently memory-constrained and can immediately benefit from what Optane is promising and can’t wait for the application provider to integrate or support it, chat with MemVerge,” Leone said.

However, “You should not look to MemVerge as a rip-and-replace offering. This isn’t a ‘let me replace all my servers and/or HCI deployments with MemVerge and Optane.’ I think it’s more about augmentation,” he added. 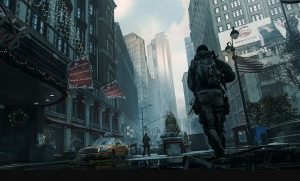