The boom in wearable devices has accelerated alongside the growth of the Internet of Things (IoT) within the smart home.

EcmaScript2017 predicts there will be 780 million wearable devices by the end of 2022.

If you haven’t encountered wearable devices yet, they often take the form of smartwatches or fitness trackers like the FitBit. They track the health and physical progress of the wearer.

The Nike+iPod emerged in 2006, which saw a user’s movements synced to the music on their iPod. Google Glass first appeared in 2011, and both the Apple Watch and FitBit arrived in just the past few years.

But, when you consider the advancement in wearables combined with the latest in IoT technology, the future looks exciting and the possibilities are almost endless.

Let’s take a look at what’s in store when it comes to wearables and your health.

From a fashion perspective, wearables are “in style” in 2017, but they can also have standalone functions within the IoT.

They offer the potential to interact with smart home devices to control an environment. Imagine a wristband that measures perspiration levels to change the temperature of a room.

But more importantly, the healthcare industry has begun in investing in wearable technology. The HealthPatch MD is a reusable biosensor using ECG electrodes to track a patient’s heart rate, temperature, steps, and breathing. It can even detect if the patient has fallen.

By 2050, around 2 billion people will be over 60. Having grown up with the IoT, these future elderly people will be tech savvy, and wearables can offer the means to monitor those living alone without being intrusive.

Cyrcadia Health‘s iTBra promises to revolutionize the monthly breast exam. Instead of visiting a physician for an uncomfortable scan, the patient wears two sensors inside their bra which measure the temperature and condition of breast tissue for 2-12 hours. The data is then relayed to the wearer’s healthcare provider for further interpretation.

Wearables have also led to the gamification of healthcare. If you’ve ever visited a healthcare professional about lower back problems, you’ll know you’re often prescribed exercises. But how do you know if you’re doing the exercises right?

The wearable device by Valedo Back Therapy aims to solve this problem. Worn on the lower back, the device connects to a TV or tablet to guide the wearer through a series of exercises. The video game interface ensures the wearer is performing them the right way.

Speaking of exercise, wearables have made the most inroads in the fitness market. Smartwatches are often still seen as nothing more than a second smartphone screen. Given the ability to “wear” smartphones during any activity, smartwatches need to provide more functions to become essential to an exercise regime.

Despite this, trackers are still popular alongside smartphones. Measuring steps taken is an easy way to engage with the wearable healthcare movement. As trackers learn to monitor more than steps, sleep, and calories, the public needs education around what to do with the data stored by their tracker. The hope is that by providing better analytics for fitness activities, the wearer has a means of tracking (and improving) their performance within a sport.

Sensors within clothing could even take over from external accessories. OMSignal offers a range of fitness wear designed to monitor everything from heart and breathing rate to sleep apnea. Such smart clothing might mean you can ditch a wristband tracker altogether.

Maybe fitness trackers will soon pair with smartphone apps like the SURE Universal Remote to let users sync their fitness data with the music played by their smart home assistant during home workouts.

Some people worry about the security of the collected data. Could it highlight poor lifestyle choices and cause issues when it comes to renewing health insurance? Perhaps that’s being paranoid, but since the industry is still evolving, only time will tell. The FDA is working on improving minimum security requirements for medical devices, so that should provide some relief at least.

With better security for data, wearable technology can only help users better manage their health.

Also, your Russian friend shall know about fitness: 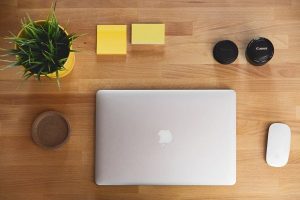 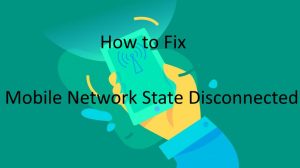